President Sergio Mattarella demanded that authorities take a hard line against illegality and corruption during a visit on Friday to Milan Expo 2015. “The fight against illegality and corruption must be severe,” Mattarella said in his first official visit to the world’s fair, which he praised as “splendid”.
“It’s necessary to recover the (respect for) the common good based on legality and transparency,” added the president.
He also called for a combination of “wisdom and humanity” to address the Mediterranean migrant crisis, adding that it was necessary to focus on “cooperation and the reduction of inequality”.
Mattarella, accompanied by his daughter Laura, toured parts of the Expo site including the Italian pavilion as well as Cascina Triulza and Pavilion Zero.
“I loved it, everything,” he told reporters later.
“The message is essentially that of technological systems that are extraordinary,” he said.
Mattarella also met Oscar-award winning set designer Dante Ferretti.
“Very nice,” the president said of Ferretti’s ‘market’ installations which fit with Expo’s theme ‘Feeding the planet, energy for life’.
Later, Ferretti said the president complimented him on his work, which he said was completed just before Mattarella’s arrival.
“He said that he liked it, and it is important that he is satisfied,” said Ferretti. “Thank goodness, (Mattarella) only arrived today, we finished just two hours ago,” added Ferretti.
From there, Mattarella strolled along the Decumana, one of two main thoroughfares that cross the food-themed world fair. Ferretti had stirred some controversy with earlier complaints about delays in work at Expo.
Former president Giorgio Napolitano had stepped in as peacemaker to ensure everything was prepared for Tuesday’s Republic Day presentation.
While at Expo, Mattarella met with event president Diana Bracco and Expo Commissioner Giuseppe Hall, and signed the Milan Charter.
Mattarella described that as a document of “great ethical and political value”.
The document has been endorsed by individuals, associations and companies, with the stated objective of strongly requesting that governments and international institutions adopt rules and policies at both a national and global level that ensure a fairer and more sustainable future for the planet and good nutrition for all.
The Charter will be developed over the six months of Expo before being presented to United Nations Secretary-General Ban Ki-moon during his visit to Expo in October. 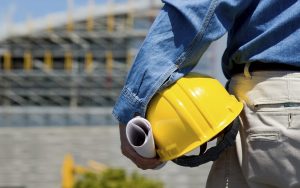